Let me start by apologising for the glitch that caused a blank post to be sent out with just the title “Destination Timor-Leste”. I really appreciate each of you who took the time to check it out and I’m so sorry that you probably went, “Huh?!”

It happened during the early morning hours when the otherwise effective WiFi in my Timor-Leste hotel room acted up. After checking and re-checking my laptop’s internet settings, I turned to the WordPress App on my cellphone to try to share photographs that I’d snapped. As they couldn’t load properly, I ditched the post but it somehow went public with only the heading intact!

The mysterious part of it all is that the complimentary wireless connection on my mobile phone remained intact! It wasn’t until my host arranged for the staff to give me the password to their office WiFi the next morning that I could access the internet on my laptop. But by then, our driver had arrived so it was time to leave the hotel.

*
Why was I in Timor-Leste?

In Asia’s youngest country, half the population is illiterate and close to 40 percent of the people live below the international poverty line. I went as a Singapore Press Club volunteer invited to train local journalists to help build up the fledging nation’s media capabilities. The workshops that I conducted were on scripting for television, newsgathering and interview skills while the other trainers focused on areas like commentary writing, social media, crowd-sourcing news and revenue streams.

L-I-B-E-R-A-T-I-O-N!
A CT Angiogram at the six-month mark following my Pulmonary Embolism showed “nearly complete resolution of the previous PE with minimal residual emboli (blood clots)”. As I’d been cautioned that it could take up to a year for life to get back to normal, I praise God that it’s only taken half the time for me to recover to the extent that I could comfortably resume regular workouts, assume a new round of counselling responsibilities and even travel abroad. 

When my cardiothoracic doctor Lim See Lim (well-liked by patients at the National Heart Centre, I’m told, because of his excellent care) gave his stamp of approval for a trip to Timor-Leste, the good news took a while to sink in! Once it did, the sense of freedom was so palpable that I immediately wrote back to the organisers of the training sessions to say “Yes, I’ll go” and they confirmed my flight a day later! Committing to a meaningful activity was my way of marking the momentous occasion. 🙂

My heart swelled with a round of HALLELUJAHs to my good and gracious LORD.
Hallelujah or Alleluia has Hebrew roots and is a spontaneous expression of joy, thanksgiving and praise towards God. Do check out the uplifting version of Handel’s Hallelujah Chorus at the end of this post.

I learnt that a number of fellow Christians hadn’t stopped praying for God to heal me since I was first rushed into A&E in February. I’ve been truly touched by the love shown to me by so many and would like to say a big THANK YOU to each and every person who’s played a role, seen or unseen by me, known or unknown to me, in my journey to recovery. The Lord sees what I miss and I’m so glad that He records and rewards. May He bless you and all your loved ones!

Now for a photo essay on my stay in Timor-Leste. All the pictures were taken using my Samsung SII handphone—Android above Apple for me! I used to carry a still camera and a video camera on trips but stopped when I realised that I was spending far more time looking at the world through lenses trying to frame and capture people and scenes “just so” rather than simply enjoying the fresh experiences! It’s a job hazard that the cameramen I work with fully understand.

From Singapore, it takes 3 hours and 45 minutes to fly to Dili, the capital of Timor-Leste. Sandwiched between Indonesia and Australia, the country occupies eastern Timor island and was once a colony of Portugal. Till today, Portuguese remains an official language along with Tetum. Bahasa Indonesia is also widely understood as neighbouring West Timor is under Indonesian rule.

Cheerful Cumulus Clouds—I snap a fresh batch whenever I get a window seat!
(An interest retained from Secondary School geography) 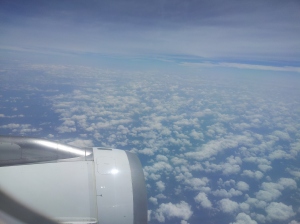 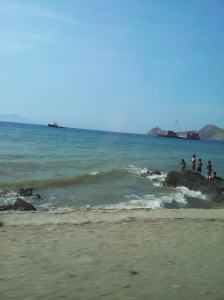 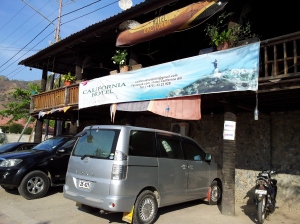 Breakfast @ Bagan Beach Café yielded one of the tastiest stir-fried noodle dishes I’ve ever eaten.
I was glad I tried some one morning instead of just having juice and fruit.  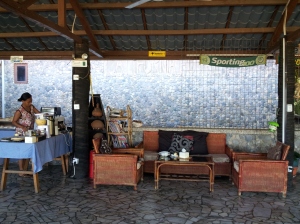 View of Areia Branca Beach from the hotel balcony led me to take a Lovely Sunset Walk.
Amazingly, the WiFi was strong enough for me to use WhatsApp several metres across the road!

Tentative Smiles captured for posterity with permission from their Dad.

Most Timorese are Melanesian and the majority of the 800,000 citizens are Roman Catholic—a colonial legacy. This accounts for the giant 27-metre high Cristo Rei of Dili (Christ the King of Dili) statue of Jesus that’s inspired by the Christ the Redeemer statue in Rio de Janeiro, Brazil. 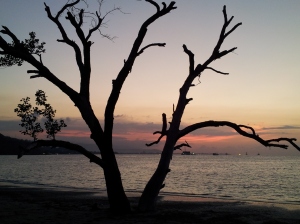 Training @ Palácio Do Governo
The Government Palace is the official residence of the Timorese President but he lives at his private home so the sprawling structure is used by various government bodies. The thatched models are mini replicas of traditional houses. 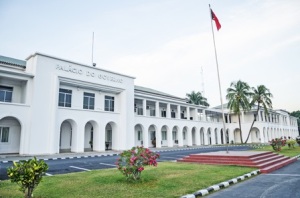 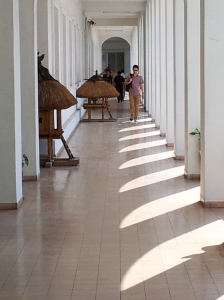 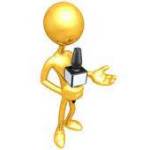 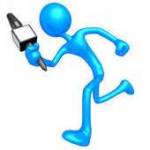 Training was conducted with the help of an interpreter. Videos had to be downloaded beforehand as internet access was restricted to the offices in the Government Palace. The projector in the main conference room wasn’t hooked up to an audio system but a resourceful Timorese taught me to bend the conference microphone to amplify sound from my laptop speaker—a useful tip!

Streets of Dili with a Timorese journalist as guide. I met many friendly and helpful locals. 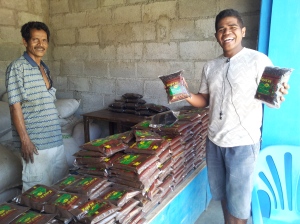 A Spot of Shopping @ US$4-US$6 dollars each. The local woven fabric is called Tai.

As Timor-Leste supplies organic coffee to major chains worldwide, I was told it’d make a great gift, so I bought boxes of Arabica and Robusta as recommended by a frequent visitor. Little did I know that the intended recipients needed a percolator to brew the drink! I’d thought ground coffee was like soybean powder that could simply be stirred into water. The reason for my knowledge gap is that I prefer iced water and cold juices so I rarely drink coffee, and if I have to choose between java and tea, I’d go for the lighter drink—preferably the ice-blended version!

Air Timor
For its Singapore-Dili flights, the national carrier charters an A319 aircraft from SilkAir, the regional wing of Singapore Airlines. A business traveller who flies in every month told me that his fare fluctuates between US$650 and US$850 depending on demand. I learnt from a fellow journalist that the number of passengers on each flight is capped as the airport runway is short and a full plane wouldn’t be able to land or take off. While I wasn’t able to personally verify that, having an entire row to myself on the way home does lend weight to the information.

*
What’s your impression of Timor-Leste, I’ve been asked. A serene and rustic environment balanced against the people’s strong desire to develop and prosper. The Timorese currency is only available in values below US$1 so American dollars are used in most transactions including cab rides. Locals say the cost of living rose because United Nations peacekeepers and their families freely paid more for daily items during the 13 years that they were on the island.

Most East Timorese voted for an end to Indonesian rule in a 1999 UN-sponsored referendum. However, anti-independence militias backed by Indonesia’s military responded with a scorched-earth campaign until an International Force ended the violence. I’d been heavily involved in my TV network’s extensive coverage of the tense conflict so it was particularly meaningful for me to be in Timor-Leste a year after the withdrawal of UN peacekeepers. The young state shares large deposits of oil and natural gas under the Timor Sea with its neighbours Australia and Indonesia. May it experience strong growths and stability in the years ahead. 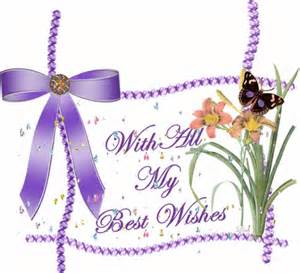 *
Hallelujah Chorus – Andre Rieu (Conductor) with Harlem Gospel Choir, Sopranos and Tenors
Lyrics/Music: Charles Jennens, George Frideric Handel
Hallelujah Chorus is the climax of Messiah by Handel. It’s said that he composed the piece in 24 days while modern musicians can barely even copy it within that timeframe! At the end of his manuscript, the composer wrote “SDG”—Soli Deo Gloria which means “To God Alone The Glory”. With this inscription and his speed of composition, it’s believed that he wrote the music in a fervour of divine inspiration during which he “saw all heaven before him”!