SELECTED POSTS FROM MY PREVIOUS BLOG (3)

“We would worry less about what others think of us if we realised how seldom they do.” -Ethel Barrett /~/ “A man cannot be comfortable without his own approval.” – Mark Twain

Someone mistook me for a mainland Chinese yesterday. He said I didn’t look like a Singaporean. Over the weekend, a woman promoting pastries at a mall kiosk tried to speak to me in Japanese. “Konnichiwa (Hello/Good afternoon). Du-ri-an! Du-ri-an!” she exclaimed as she handed me a fruit tart sample to try. I smiled and accepted it without a word (wikipedia.org/wiki/Durian). And at a business dinner last month, I was asked if I had come from Taiwan.

None of those encounters took me by surprise. Why? They were replays of many similar queries in the past. According to these observers, I would be able to blend in with the locals in any East Asian country. Less commonly, I’ve been wrongly identified as an American Chinese. While I’ve gotten used to the idea that I apparently qualify as a citizen of the world, going by appearance alone, an interesting chain of thought was triggered.

My parents migrated to the island of Singapore from China’s Hainan Island (海南岛 hǎi nán dǎo) in the mid 20th century and all of us children were born in this sunny Southeast Asian nation. Hainan, located off the tip of Southern China, is often called the Chinese Hawaii, and it’s become a popular holiday and conference destination. If my parents hadn’t left their homeland, I could well be a card-carrying Communist right now. Besides the Hainanese dialect, I’d be conversing in 普通话 (Pǔtōnghuà – Standard Mandarin) and I would greet you with a “你好吗?” (nǐ hǎo ma – How are you?).

What if they had ended their journey a little further north, say in Malaysia? To find out how you’re getting on, my question in Malay (Bahasa Malaysia, Behasa Melayu) would be, “Apa khabar?” And if my Dad and Mum had enjoyed sailing and decided to continue due south, I’d probably greet you with a cheerful “G’day!” as they say Down Under!

As it is, I was born and bred in Singapore, in the cosy laid-back suburban estate of Serangoon Gardens. It used to be an enclave popular with military families from the Allied Forces. When they left for home, most sold their good quality reading material to a Used Books cornershop owned by an enterprising Indian gentleman. And I would devour the literary treasure they left behind, treating the collection as my personal library!

With worlds opening up before me, the authors who filled my childhood days unknowingly nurtured my love for the English language. And you could say that my career in broadcast journalism has its roots in that intense period of imaginative fervour. 🙂

What’s In A Name?
My surname Foo or 符 (prono: fú) comes down from my father’s ancestral line, which is typical for the Chinese. My given name is Say Chin or 之珍 (prono: zhī zhēn), and relatives who prefer not to use my Christian name call me 珍 (zhēn) which means precious or treasure. For the Hainanese (the dialect group that I belong to) who share the surname Foo, the first given name “之 or Say” is a generational name that’s reportedly based on an ancient Chinese poem. So there’s a prescribed character for each generation of Foos. For example, the middle name for my father’s generation was 国 (prono: guó) which means country; translated as Kok in English. His full name was Foo Kok How.

My brothers’ sons (optional for their daughters as the traditional thinking was that women marry “out” while sons carry on the family lineage) share the same first given name of “Chuan”. If they meet other Foo Chuan xxx anywhere in the world, they’ll know they all belong to the same generation of Foos. To find out which character to use next, the source to turn to is apparently the relevant clan association (会馆 huì guǎn). Formed on the basis of kinship and descent, these social institutions originated in China and were reproduced by migrant populations abroad to provide mutual support and protection. Not all Chinese follow this traditional method of naming their children; some families I know just pick whatever sounds nice to them, and others don’t even know there’s such a thing as an ancestral poem.

Carol means Song of Joy/Praise and it became part of my official name after my Water Baptism, but I believe it was my big sister who first called me that when I was a kid. I recall clearly that for some reason, my neighbours adulterated it to Carrot! And in secondary school, I was sometimes called Apple in the leadup to the biennial inter-school outdoor band competition because we’d spent hours marching in the sun to get the formations just right, and my cheeks would turn apple-red! Nowadays, most people don’t believe I ever led such an outdoor life because I don’t tan; I just burn if I’m not careful and then get back my original fair skin tone. My second “Christian name” officially added in 2014 is Kathryn which means Pure and Beloved. It’s linked to my God-given call to be in the Christian healing ministry.

“Our attitude toward ourselves—our self-concept or our self-image—is one of the most important things we possess. It establishes the boundaries of our accomplishment and defines the limits of our fulfilment. If we think little of ourselves, we either accomplish little or drive ourselves unmercifully to disprove our negative self-evaluation. If we think positively about ourselves, we are free to achieve our true potential.” – Bruce Narramore (Psychologist & Author)

“More Beautiful You” is a lovely song worth listening to, especially for those struggling to accept themselves. If you’re a Christian, remember that “The Lord does not see as man sees; for man looks at the outward appearance, but the Lord looks at the heart” – 1 Samuel 7:16b

This is a wonderful production that spells out why each of us is special, with a unique purpose for being right where we are at this point in history. 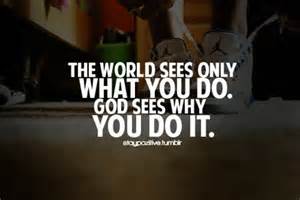 A MATTER OF PERSPECTIVE
June 2011

“Ask Carol. She’s tech-savvy.”
– from one of my colleagues to another

“You know about live streaming?!”
– from a teenager, with a tinge of incredulousness

And so it is that to some, I’m the go-to person for queries like how to download online videos, extract and convert music from videos, change .3gp phone voice recordings to MP3/WMA format, or edit visuals with various free software. Yet to others, especially youngsters who grew up with gadgets galore at home and in school, I’m viewed as a toddler in this arena!

A recent global survey of 7,000 youths and young adults yielded some unusual findings. A little over half the respondents who were aged 16-22 said they would rather give up their ability to smell than go without technology. One quotable quote arising from the exercise was that to this group, “losing the ability to explore and communicate via technology would be like a blind man losing his stick.”

According to McCann Worldgroup’s report, three factors motivate today’s young people: the need for connections and community, social or personal justice, and authenticity.”

I believe the three items identified have their echoes in earlier generations, for they reflect essential human needs. However, the expression of these motivators has taken on a new dimension. The world has never been this connected, and I can appreciate that for some, staying in touch through tech-enabled media has become an invaluable part of modern life. It’s also clear that owning the latest gadgets is a priority for many. An extreme example that proves this can be found in China, where a 17-year-old student sold one of his kidneys to buy an iPad 2!

As for me, I can honestly say that if you were to give me an assignment to stay away from mobile phones, computers and other hi-tech devices for a period of time, I’ll happily accept the challenge, and be confident of accomplishing the task! For sure, I treasure every one of my physical senses, and wouldn’t give up a single one of them just to stay on Facebook, WhatsApp, WeChat, Viber, Google+ and the like.

I must admit that one thing I do like to have with me is anything that plays music and Christian teaching. I guess we all place different weightage on the stuff we surround ourselves with. 🙂 I’m eyeing a product that will convert recordings on cassette tapes to digital files. The reviews have been good so it might be time for me to do a spot of e-shopping! 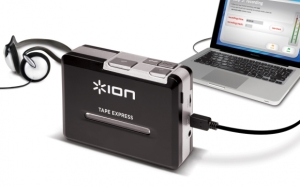 4 thoughts on “Origins & A Matter Of Perspective”